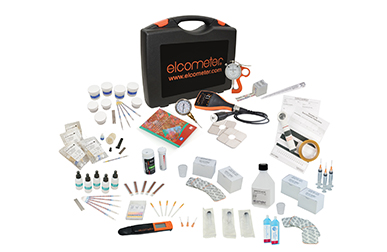 A new blast protection coating is available from the manufacturer. It was developed with the help of scientists from the U.S. Government. This coating, called PAXCON, passed all bomb tests and has been applied to various buildings across the globe. The U.S. Pentagon, the Federal Court House in NY, and the Washington Naval Base are among the buildings that are protected by PAXCON. Several other buildings throughout London and Europe are also protected by this coating.

PAXCON by LINE-X Coatings is a military-grade polyurea protective coating. The PAXCON system has proven effective in blast testing that is equivalent to that of a car bomb explosion. This coating reduces the effects of flying debris on structures. It can be used as part of a comprehensive blast protection program. It is currently in use on the Pentagon and other high-profile government facilities. Its polyurea coatings are highly effective in protecting buildings from dynamic events.

SPI Dragonshield polyurea coating is designed to deflect blast fragments from a building. It is used in a wide variety of industrial applications, from chemical processing to explosives. It is also available in commercial applications. It is used in a wide range of applications and is proven to protect concrete buildings against explosions. The US Marines have also been using the Dragonshield polyurea coating on their Humvees.

Polyurea coatings were originally developed to protect buildings from blasts. They are now used for blast-proofing military buildings. This technology is available for a wide range of industries, including the military. The coatings are designed to protect the structure from a blast by preventing the fracture of the front and back walls. This coating is also used on many other types of structures. The polyurea coating protects the structure against explosions.

The polyurea coatings were developed by the military. The polyurea is compatible with Sherwin-Williams General Polymers polyurea resin to create a 90-mil thick skin. The technology used by TechFab is compatible with the polyurea coatings used by the military. The result is a seamless barrier between the two types of materials. One layer is sufficient for blast protection. The other layer is resistant to chemical and physical agents.

A blast-resistant coating prevents the damage caused by blasts by reducing the standoff distance. It can reduce the impact of a bomb by up to half. The polymer has been developed by the Air Force Research Lab to reduce the impact of a grenade. This coating is applied on buildings where a bomb may damage the interior or exterior of the structure. It is a cost-effective solution for protection from explosives and can be applied with the help of a contractor.